If there is something crazy that a lot of us would like to do, it is to travel just with the underwear on the public transportation, and that is exactly what a group of guys did this first weekend of 2018, at the subway. 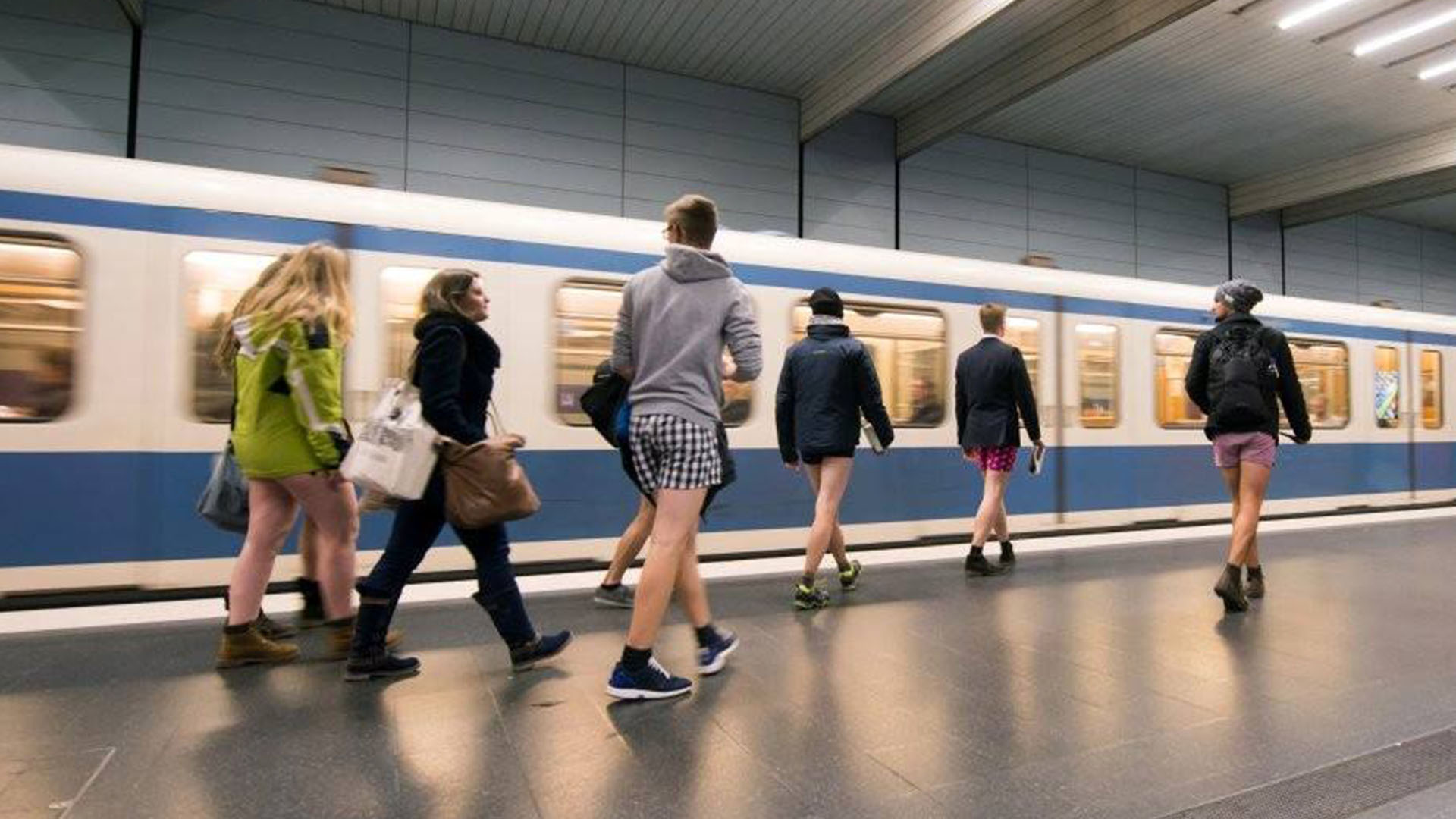 Kalman told me about his experience, and of course one of my first questions was if it was not too cold, and he said it wasn´t, since all the time they were underground on the tube. The meeting point was the „Fish“ Fountain at Marienplatz. There, everybody was wearing the normal pants, it is important to have a backpack to keep the pants while you are not wearing them. Then the group went downstairs and there they took off their pants. At the subway station, they got into small groups so they could be in different wagons. They did a round trip from Marienplatz to Moosach on the U3.

Kalman´s motivation to participate in this event is „Pure fun“, seeing the expression of astonished people when they see a group of people with no pants getting in the subway. The most important thing is to keep cool and doing as everything were normal, and precisely that is what it makes it so funny.

The event is called „No Pants Subway Ride“, it was first realized in New York City in 2002 by „Improve Everywhere“ and since then every year it is organized. Kalman from Romania lives since 2013 in Munich and has participated every year since then.

The announcement for the event in Munich was made on Facebook, so if next year you want to participate, stay tuned for the first year´s weekend. The idea is to get more people involved, the only purpose is to have fun and there is any kind of political background.

One side effect that we notice is that people had to be tolerant at the public transportation, and we liked people’s reaction, even if there were some elderly ladies whispering things, no one said any disrespectful thing and everybody accepted that anybody can travel wearing or not wearing what they want.

Kalman, thank you so much for sharing your experience.

Foto: Courtesy from the organization Team in Munich.