Most of us have a smartphone, download and use applications and have a social network account, or actually several of them. Our ways of communication have changed because of digitalization. The ways of working have chang 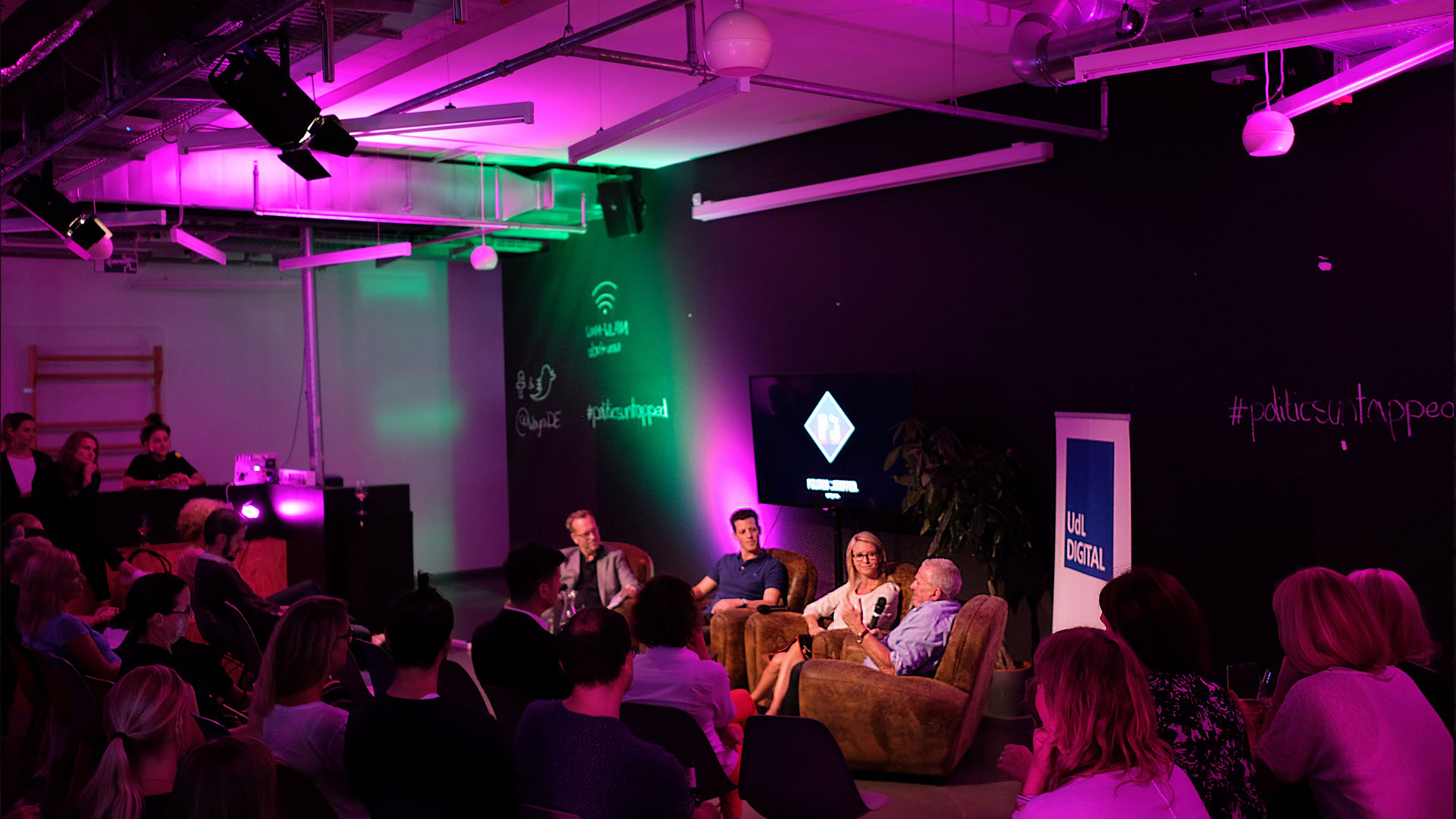 In order to analyze and put issues related to digitalization on the discussion table, Wayra, Telefónica’s Startups accelerator, brings together experts from different areas and opens its doors to the public in the “Politics untapped” panel, this time with the topic #NewWork.

In the last edition, on September 5th, the moderation was made by Harald Geywitz, who is in charge of government relations at Telefónica Germany, and the guests were Nicole Gerhardt CHRO & boardmember Telefónica Germany. Leo Marose, founder of Stackfuel, which is a Startup that offers online training on topics related to Data Science, specially developed for companies to train the human capital they already have. Thomas Sattelberger, member of the Bundestag, federal parliament, for the free democrats, FDP party. Within the party he is the representative of the Research and Innovation faction. He got into politics very recently, his working experience is mainly in the industry in companies such as Daimler and Lufthansa.

Digitalization and new ways of working.

Most of us have a smartphone, download and use applications and have a social network account, or actually several of them. Our ways of communication have changed because of digitalization. The ways of working have changed too. For example, so called “digital nomads” can work from anywhere as long as they have a computer and an internet connection. But what is digitalization? According to Sattelberger, about 60% of Germans do not understand this concept. And that’s where this whole thing starts. New technology is emerging and causes changes, society and politics are not reacting at the same speed.

The job market is demanding new skills and knowledge that the school system still does not know and new generations face a different working culture in real life than the working culture that they were trained for in school. The political system has not reacted sufficiently to make changes in educational plans and companies are increasingly short of experts in technological areas. Leo Marose mentions a deficit of thousands of data analysts in German companies and Nicole Gerhardt mentions that young people come to the company with a resume written in such a traditional way that denotes the lack of updating of schools.

What to do to react in time?

From this panel we got very concrete conclusions:

1)One should always have a genuine interest in learning new things, it is not only about just visiting a course because the company proposes it to you. “The company can not force people to learn” Nicole Gerhardt with experience in human resources makes that emphasis … “but it can set standards to be met,” concludes Sattelberger. So this is why it is important that the individual has the initiative to learn, to acquire new skills and knowledge that are required in companies.

2)Taking the initiative to study on their own and face the fees. In Germany, and also in other countries, there is a culture of waiting for the company or the government to pay the training and courses fees. “This idea has to change, you have to be aware of the benefit it brings in your working life if you invest money from your own purse in your own education,” concludes Leo Marose.

3)We have to leave off the culture of the certificate. “Germany has to say goodbye to the certificate culture,” says Sattelberger. There is no time to wait for universities to develop curricula, for people to register and after a certain number of years receive a certificate accrediting them as experts, while there are currently so many programmers and data analysts missing in Germany. Now you have to act faster and be expert without a certificate.

5)People with disruptive thinking are needed in the leadership of companies.

6)Parents should be involved in the technological education of children, remember that the education system is not reacting in due time according to the new skills that are needed. The younger a person is, the more flexible they can be and the better they will normally adapt to change.

On Sep 20, Cook and Code organizes “Die lange Nacht der (digitalen) Buzzwords #2” where diverse topics around digitalization and technology will be explained in a brief and fun way. Here you find more information.

Managing the bulky waste in Munich

By
Mucvibes Staff
On
December 12, 2020
TestDaF and more certifications for German

All language tests and official certificates of the German language are based on the “European Reference Scheme for Languages.” The basic level is called A1, and the highest level C2, which is almost native speaker-like.

By
Mucvibes Staff
On
December 12, 2020
Studying a "Ausbildung" in Germany

Afterschool, young people can choose to study an "Ausbildung," it usually lasts 2 to 3 years. During it, the student goes to school and, most importantly, works at a company.