Everything you need to know about Munich´s beer (almost everything)

If you think about Munich, you think about beer.... don't you? Hell yeah! It should be not only because of the Oktoberfest or the lovely Biergarten. We'll show you many other reasons for this Munich-Beer connection. 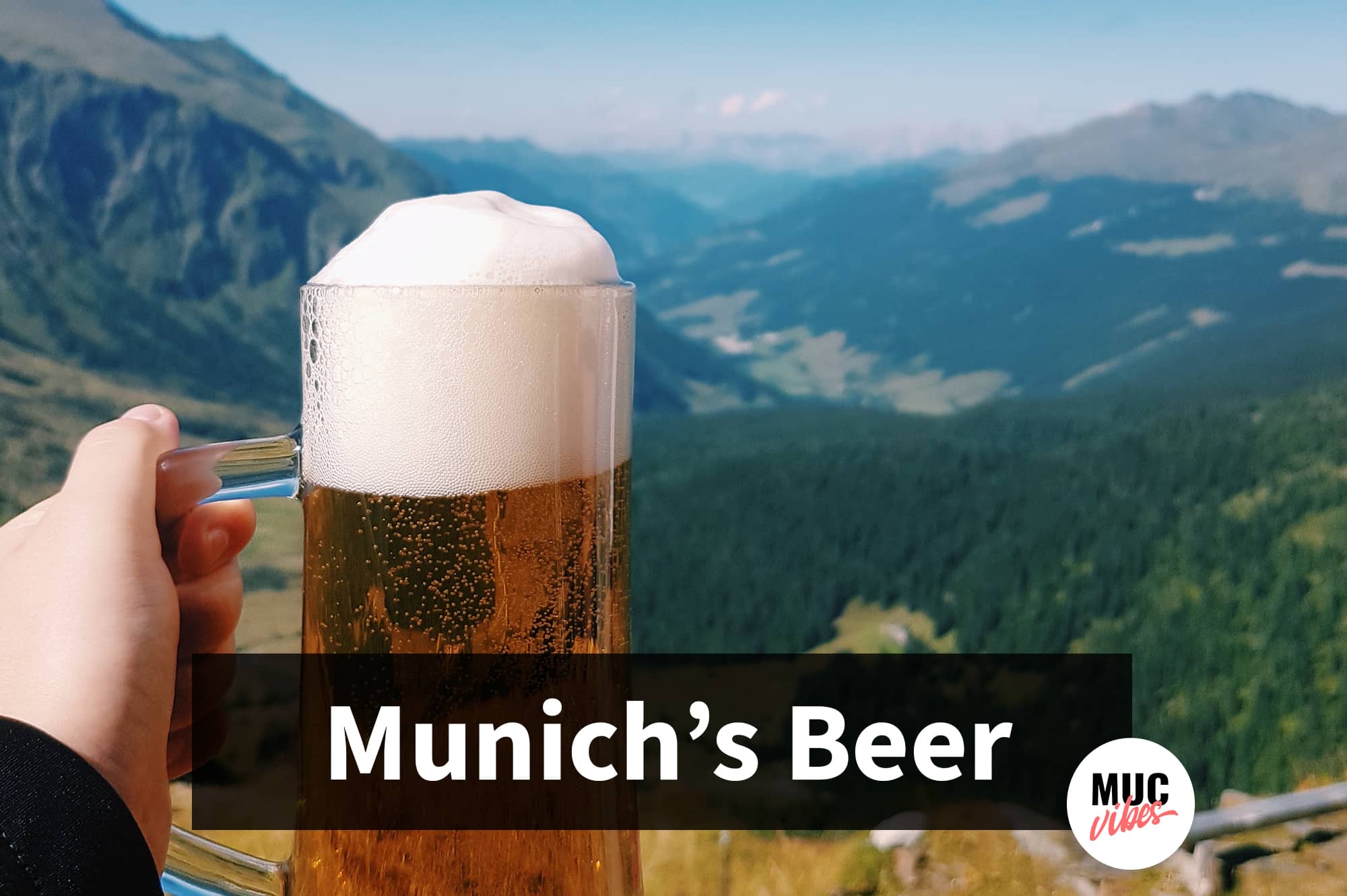 A Bit of History

Munich was founded as a city around 1158. There are registers that, in 1280, the Duke Louis the Strict (Ludwig II) listed in detail which taxes the Munich brewers hat to pay him at that time.  Munich beer has been an integral part of Munich's life since the city was founded.

The beer quality is not random.
We also found out that there is a "beer law" because if you do something, you'll better do it awesomely.

So there is this Munich Purity Law from 1487.  It established that hops, water, and malt (the effect of the yeast was not yet researched) were the only allowed ingredients of Munich beer: "Then for no other reason than hops, barley, and water."

This is the ground for the beer's success and the high quality associated with the term "Munich beer" worldwide.

On this basis, the Bavarian Purity Law (Reinheitsgebot) was finally issued in 1516, making the proven Munich specifications binding for all Bavarian territories. Later, the Bavarian Purity Law was incorporated into the "Reichsbiersteuergesetz." Oh yeah, we got lost with this word too, it is something like "Beer Tax Law." Since 1993 it has been called the "Vorläufiges Biergesetz." Actually you can read "Gebraut nach dem Reinheitsgebot" in every bier bottle.

Every two years, the Munich Breweries Association organizes the Munich Brewers' Day. The "Brauertag" is the honor day of brewers and maltsters. On this day, the brewers solemnly commit themselves to the Munich Purity Law of 1487.

This day is also a celebration for the successfully finished apprenticeship of Munich's newest brewers and maltsters.

Young brewers, managing directors, and master brewers make a vow to brew Munich beer using only water, malt, hops, and yeast. So it is not only just about beer but values and traditions.

Last but not least, let's take a look at the most popular beer types in this city:

Helles
This is the classic Munich beer: clear, yellow, bottom-fermented, with foam. It is not so old in Munich's history. It was first introduced here at the end of the 19th century. If you want to look like a Munich expert, just ask for a "Helles" at the Kneipe or Biergarten.

Dunkel
This beer was for centuries the dominant beer in Bavaria. Certainly not precisely the Dunkel of today. If you are looking for something heavy and sweet in taste, this one is for you.  Usually, it is not heavily hopped, but the more malted.

Oh yes, this is the Oktoberfest beer, and it has about 6% more alcohol than the ordinary Helles. Actually, Festbier is a Helles beer, which is only a bit stronger brew.

Starkbier
Talking about festivities & beer, there is also the "Starkbier." You find it at the Starkbierfest, same location as the Oktoberfest, Theresienwiese, but in March/April. Traditionally it was brewed as "Lenten beer." As it is very high in calories, it was intended to help the monks who fasted.

Pils
Like the Helles, Pils is a bottom-fermented beer, but less sweet and much more hopped. i.e., it is brewed with yeasts that sink to the bottom of the vat - and at a low temperature.

Weissbier
You may know the Weissbier, "wheat beer," as the breakfast drink of a typical bavarian "Weißwurst Frühstuck" .  It is top-fermented, i.e., produced according to an older and simpler brewing method than Pils or Helles. It has a strong yeast note.

Ale
It is brewed top-fermented, i.e., according to an older method that does not rely on low temperatures as bottom-fermented beers do. Ale is often brewed in so-called microbreweries, in small beer kitchens.

So wait no longer, go to your closest Biergarten and enjoy a "Maß" full of tradition. Prost!

*Original Photos:Thanks to Lance Anderson and Reiseuhu for sharing their work on Unsplash.