Surely you have seen the BISS magazines in Munich, it is worth knowing about this social project: it supports citizens in social difficulties to help themselves financially. 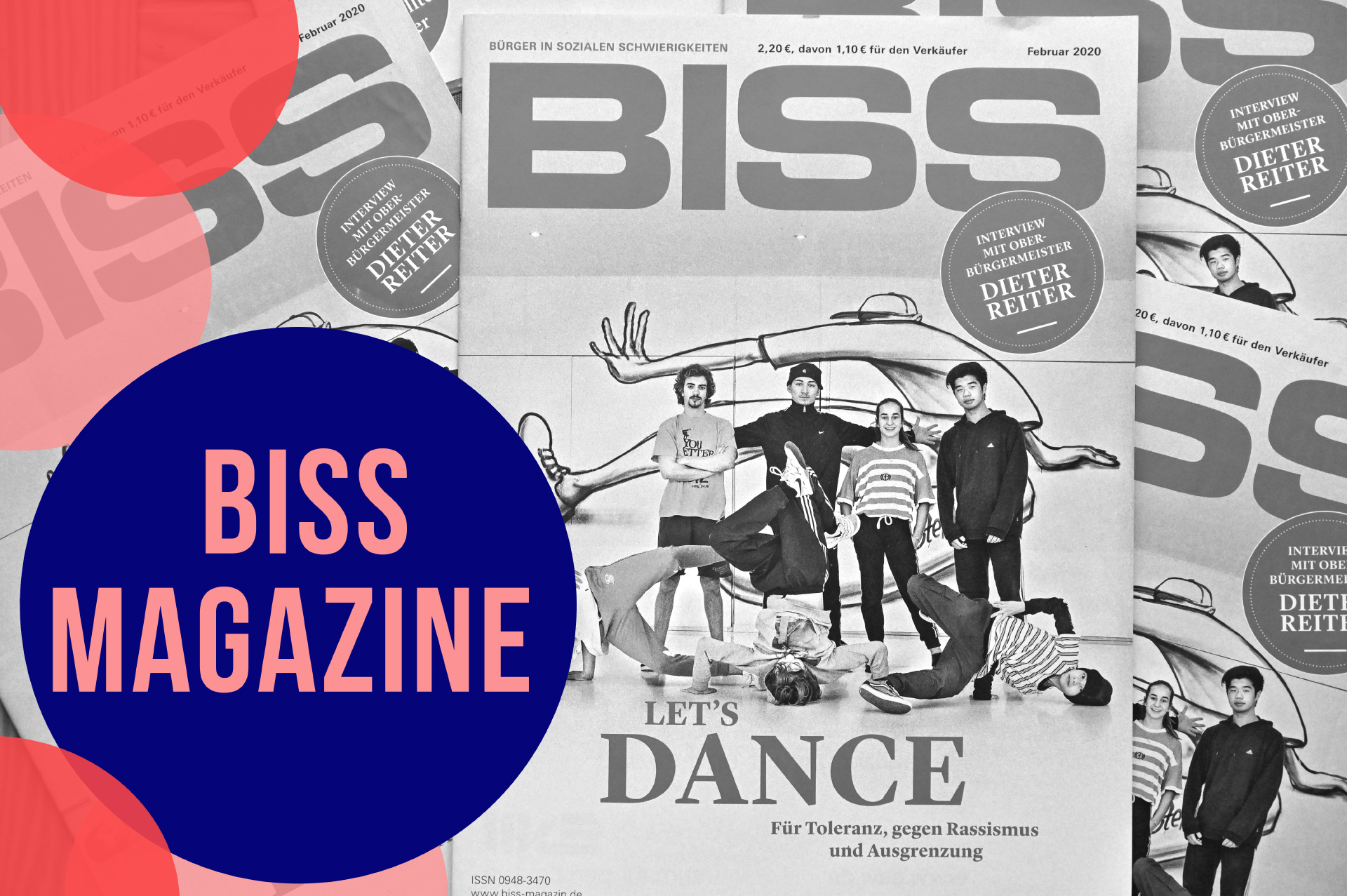 Surely you have seen the BISS magazines in Munich, or someone selling the magazines usually in subway/S-Bahn stations. It is worth knowing about the BISS social project.

This magazine is part of a social project founded almost 27 years ago, to support citizens in social difficulties to help themselves financially:  poor, homeless, and formerly homeless people. Of the sales price, currently 2.20 Euros, the seller keeps 1.10 Euros.

The BISS magazine ( "Bürger in sozialen Schwierigkeiten" - Citizens in social difficulties) has a monthly circulation of 38,000 copies and is one of the most successful street newspapers in Germany.  The magazine also sees itself as a lobby for socially disadvantaged groups. It wants to create awareness for the concerns of homeless and poor people. The non-profit association of the same name,  publishes the magazine.

How does it work?

A  professional editorial team produces the magazine, and a sales staff of more than 100 sellers bring the BISS to the readers.  Only those who are needy in the sense of the German Social Security Code (SGB) can become BISS sellers. The neediness is checked by BISS. The seller is given several options through the sale. He or she can earn an extra income to supplement his or her social welfare or basic income (in this case, the sales quota is limited). He can also live only on his work at BISS. He can be employed on a permanent basis if he can regularly sell at least 400 copies of the magazine.

In addition to the job offer, BISS also deals with the seller's debt relief and his health recovery. When he moves into an apartment for the first time, BISS provides him with money to finance the initial equipment.

Salespeople, who would also like to get involved in the magazine, have the opportunity to go to the BISS writing workshop. Once a week, with the help of two journalists, they put their thoughts and views on paper. The texts are then published. These texts make BISS unique in the Munich media scene because of its relatively unfiltered contributions.

The salesman earns thereby not only money. The regular activity structures his day, and he has the opportunity to establish contacts with his customers. Through continuous personal support, the salespersons' self-confidence is strengthened, thus enabling them to gradually leave their isolation, poverty, and exclusion.

The association works through public relations activities such as discussion rounds and lectures in schools, the association aims to educate society and raise awareness of people in need.

If a buyer is interested, they can learn more about the life of a BISS seller and find out how they can help. BISS is a very successful project because it bundles the most diverse social groups. Munich citizens, companies, advertising agencies, church people, and foundations all contribute to the success of the project.

The idea of a street newspaper originally comes from America. BISS came onto the market on 17 October 1993 as the first street magazine in Germany. In the meantime, there are more than thirty more or less similar projects in this country.

The magazine can be found every month, and July-August is a special double issue.

We invite you to be an essential part of this project by supporting the magazine with your purchase. It is also an excellent way to learn more about this city and to learn German.

Thank you very much to Ms. Lohr for the information and support in writing this article.