Autumn is a time of beautiful scenery in Munich. Traditionally Munich offers many fest and celebrations, so we made a list of our highlights: art exhibitions, salsa dancing, important public holidays and more. 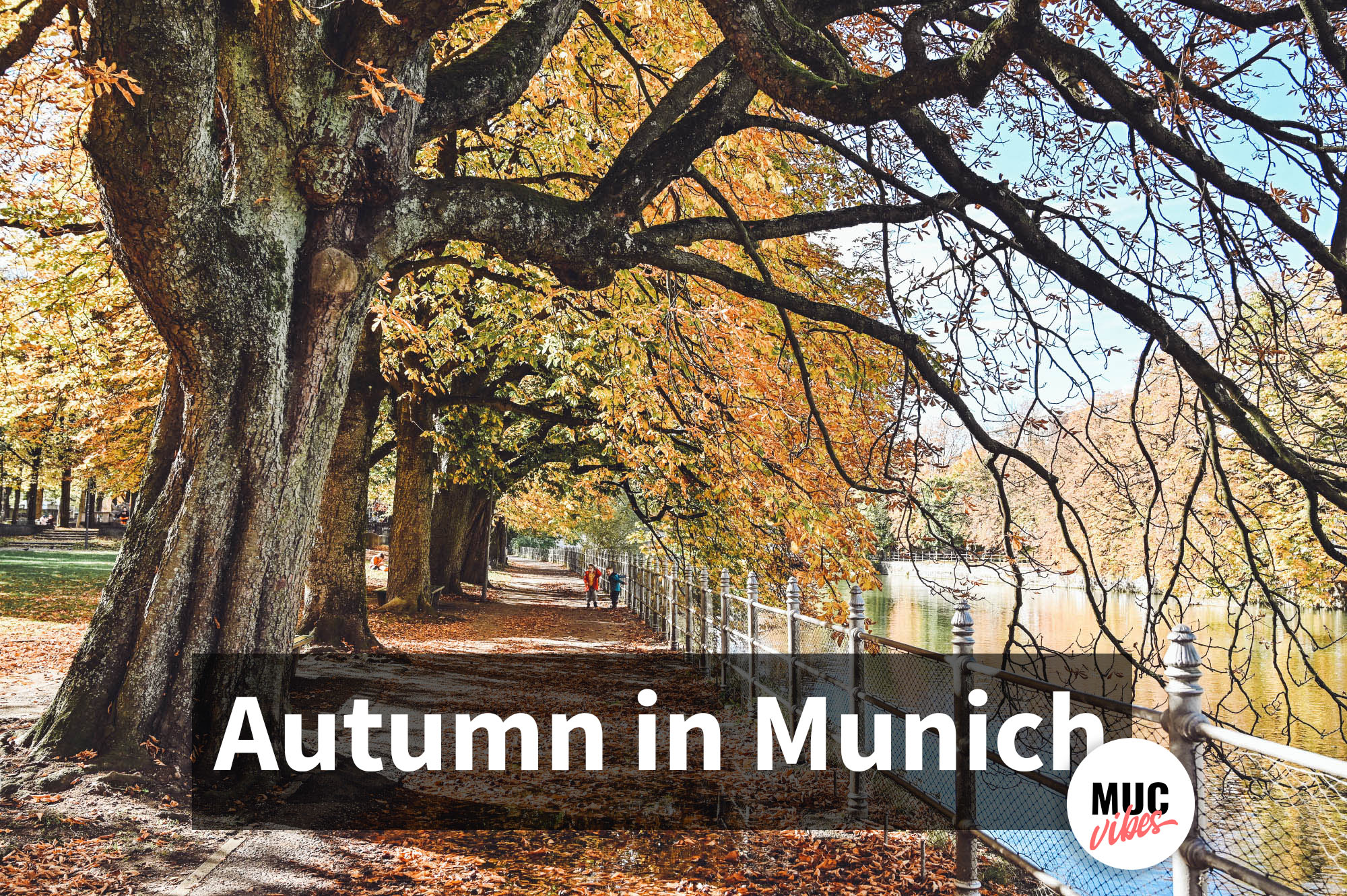 It is Autumn, and it is a time of beautiful scenery in Munich and traditionally offers many celebrations ... I know which fest you are thinking of, but ... that part we better skip.

We made a list of highlights for this Autumn season, in German "Herbst".

People called this month "Goldener Oktober" as the leaves turned into gold. The whole landscape looks lovely in different shades of gold.

October 3rd is a national holiday:  The German Unity Day (Tag der Deutschen Einheit) is celebrated, and the stores are closed, remember to buy your groceries on Friday! This public holiday commemorates the anniversary of German reunification in 1990 when the Federal Republic of Germany (West Germany) and the German Democratic Republic (East Germany) were unified. For the first time since 1945, there existed a single German state.

October 31st: Reformation Day It is an important day in Germany. However, in Bavaria, it is not a holiday. Long story short: On October 31st, 1517, Martin Luther started the most significant religious secession in Christianity's history.  Protestantism was born. Furthermore, Luther played an essential role in the development of the standard German language (Hochdeutsch). He translated the Bible from Latin to German.

November 1st, public holiday:  All Saints Day, this year, it is on a Sunday.

This is not the typical art event, where you have to be serious and pretend you understand the artwork. ARTMUC makes you feel confident to experiment, see the work up close, and ask the artists about their work.

You can find more information here.

4 Drink a Maß at WirtshausWiesn

I guess we don't need to write more about it; it is well known that the bavarian restaurants are offering a program to still enjoying the "Bayerische Gemütlichkeit."  There are around 54 places in Munich to enjoy a Bavarian atmosphere.

5 Dance salsa at the Lateinamerikanisches Wochenende

It is a cultural festival with DJs, folklore shows, foodstuff trucks, and artesanias from many Latin countries, such as Mexico, Colombia, Venezuela.

You'll notice this celebration if you have small children around, as it is usually Kindergartens and Kitas that organize a small festival with lanterns on November 11th.

Afternoon,  children and their parents walk around their neighborhood singing with their lanterns. Afterward, there is usually a Martinsfeuer (a bonfire) and snacks. Days before, parents meet in the Kindergarten with their children to make the lantern.

Who was Sankt Martin?

San Martin de Tours was a Catholic bishop of Tours elevated to sainthood. The most famous legend about his life would happen around the year 337 when Martin in Amiens found a beggar who was freezing, to whom he gave half of his cloak, as the other half belonged to the Roman army he served. When he was dreaming, Jesus appeared dressed in the half cloak and said to a crowd of angels around him, "Martin, he has covered me with this dress." This is the scene that iconographically has been preferred for its representation.

Of course, we can't miss the opportunity to cook and eat pumpkin soup:

The probably most famous food pumpkin is the Hokkaido. Before preparation, first cut off the stem and flower attachment. Then wash the pumpkin thoroughly and carefully cut in half with a knife. Remove the seeds with a spoon. They can be roasted and added to soups or casseroles as a tasty extra. Then cut the pumpkin into slices.

Peel and chop the pumpkin, carrots, ginger, and onion and sauté in the butter. Pour in the broth and cook for about 15 - 20 minutes until the vegetables are soft. Then puree very finely, if necessary, pass through a sieve. Stir in the coconut milk, add salt, pepper, soy sauce, and lemon juice and warm up again. Serve with coriander leaves.

8. Give a Nikolaus Chocolate

Yes, yes, it is already a Christmas atmosphere here. However, chronologically it still falls into Autumn; the Nikolaus day, December 6th, is a lovely celebration for everyone. People use to give each other chocolates.

St. Nicholas, also known as St. Nicholas of Myra or St. Nicholas of Bari, was a bishop who lived in the fourth century. More than two thousand temples are dedicated to him all over the world. He was awarded such admirable miracles when praying to him that his cult became extremely popular throughout Europe. His name is also notable outside the Christian world because his figure has given rise to the myth of Santa Claus (or Klaus), also known as Santa Claus.

Are we missing something? A friendly event that we did not mention? A celebration? Ping us per SoMe and let us know!